1. secrets of Hanuman Chalisa and its miraculous effects that no one knows 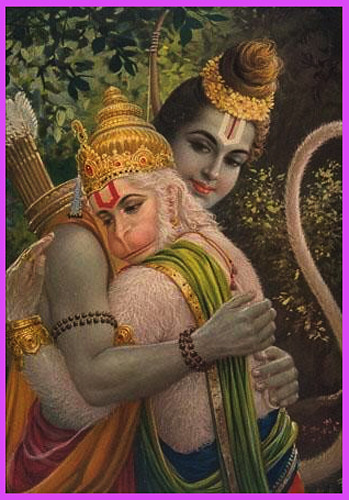 1. Secrets of Hanuman Chalisa and its miraculous effects that no one knows:- The Hanuman Chalisa literally Forty chaupais on Hanuman) is a Hindu devotional hymn (stotra) addressed to Hanuman. It is traditionally believed to have been authored by 16th-century poet Tulsidas in the Awadhi language, and is his best known text apart from the Ramcharitmanas. The word “chālīsā” is derived from “chālīs”, which means the number forty in Hindi, as the Hanuman Chalisa has 40 verses (excluding the couplets at the beginning and at the end).[ad name=”HTML”]

2. Hanuman is a vanara (a monkey-like humanoid deity), a devotee of Rama, and one of the central characters in the Sanskrit epic Ramayana. Folk tales increasingly eulogise the powers of Hanuman, and he is considered by many to be an avatar of the god Shiva. The qualities of Hanuman – his strength, courage, wisdom, celibacy, devotion to Rama and the many names by which he was known – are detailed in the Hanuman Chalisa. There are more temples devoted to Hanuman than any other deity in India, and recitation or chanting of the Hanuman Chalisa is a common religious practice. 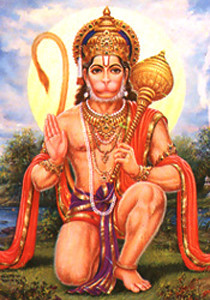 3. The authorship of the Hanuman Chalisa is attributed to Tulsidas, a poet-saint who lived in the 16th century CE. He says in the last stanza of the Chalisa that whoever chants it with full devotion to Hanuman, will have Hanuman’s grace. Amongst the Hindus of Northern India, it is a very popular belief that chanting the Hanuman Chalisa invokes Hanuman’s divine intervention in grave problems, including those concerning evil spirits. 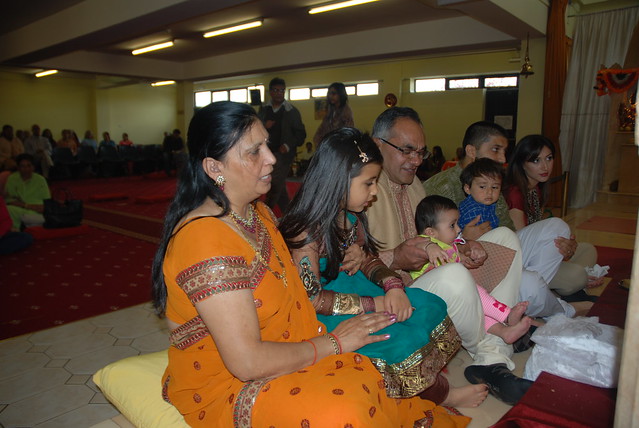 4. Tulsidas was acclaimed in his lifetime to be a reincarnation of Valmiki, the composer of the original Ramayana in Sanskrit. Tulsidas lived in the city of Varanasi until his death. The Tulsi Ghat in Varnasi is named after him. He founded the Sankatmochan Temple dedicated to Hanuman in Varanasi, believed to stand at the place where he had the sight of Hanuman. 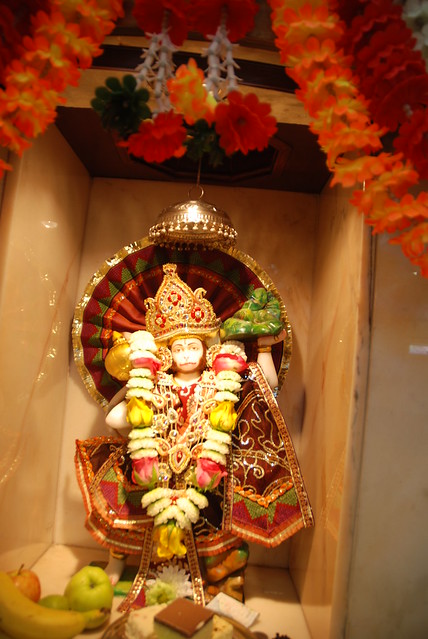 5. There are 2 couplets in the beginning and one couplet at the ending between the 40 verses of Chalisa. The Chalisa details Hanuman in the order of his knowledge, devotion to Rama and man without any desire. As with the case of devotional literature, Tulsidas starts the poem with two couplets praising his Guru (teacher). The language of Chalisa is in the refined Avadhi language. 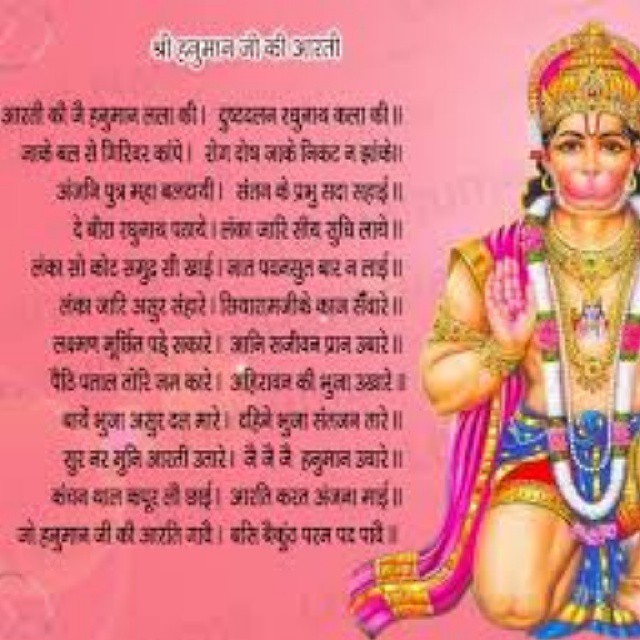 6. The work consists of forty-three verses – two introductory Dohas, forty Chaupais and one Doha in the end. The first introductory Doha begins with the word shrī, which refers to Sita, who is considered the Guru of Hanuman. The auspicious form, knowledge, virtues, powers and bravery of Hanuman are described in the first ten Chaupais. Chaupais eleven to twenty describe the acts of Hanuman in his service to Rama, with the eleventh to fifteenth Chaupais describing the role of Hanuman in bringing back Lakshman to consciousness. From the twenty-first Chaupai, Tulsidas describes the need of Hanuman’s Kripa. At the end, Tulsidas hails Hanuman and requests him to reside in his heart and in the heart of Vaishnavas. The concluding Doha again requests Hanuman to reside in the heart, along with Rama, Lakshman and Sita. 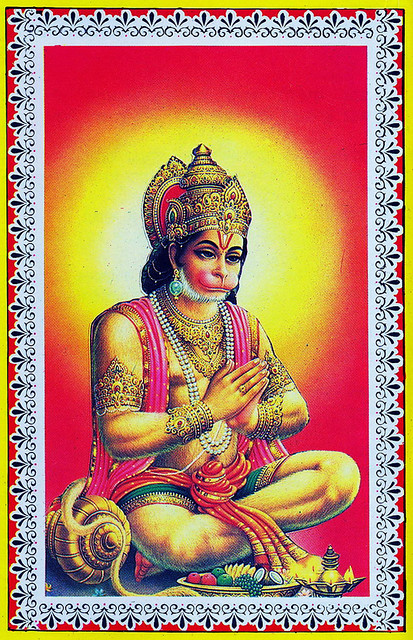 7. Although every chaupai and doha (couplets) of Hanuman Chalisa is miraculous, but there are some Chaupaiyan that show the effect very soon. These Chaupaiyan are very common and are periodically chanted by people. 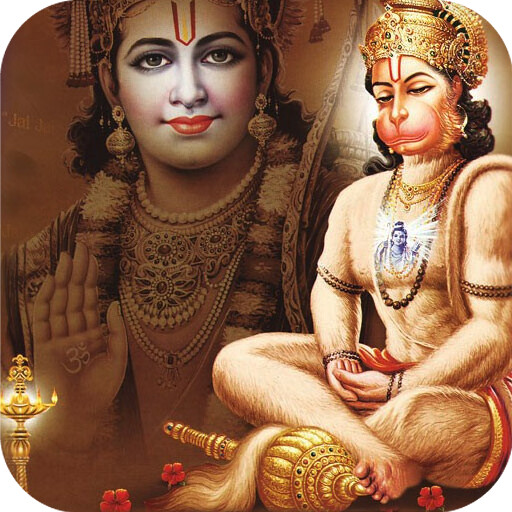 8. रामदूत अतुलित बलधामा। अंजनिपुत्र पवनसुत नामा। If a person chants this quatrain, he gets rid of physical weaknesses. The line above means that Lord Hanuman is the messenger of Lord Rama and is extremely powerful. His mother is Anjani and as per shastras he is the son of pawan (winds). 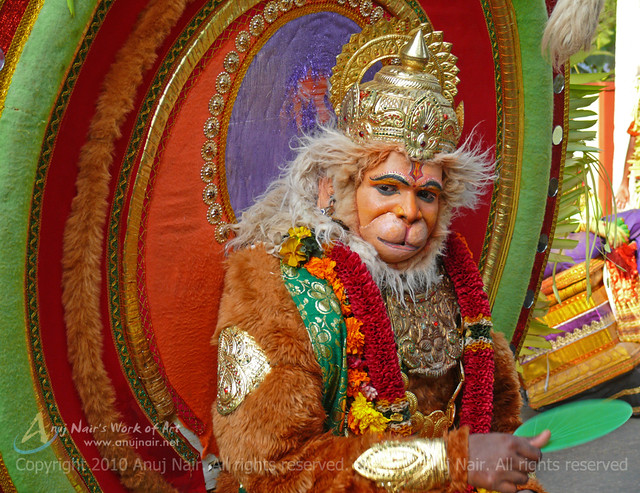 9. महाबीर बिक्रम बजरंगी। कुमति निवार सुमति के संगी।। If a person chants these lines of Hanuman Chalisa, he is blessed with knowledge and intelligence. Their bad thoughts are removed and good thoughts generates within them. 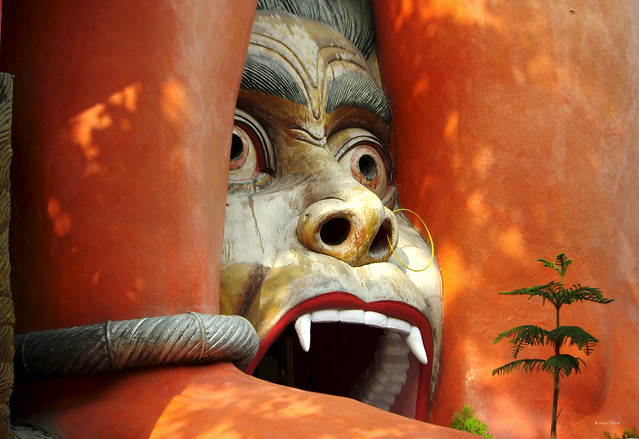 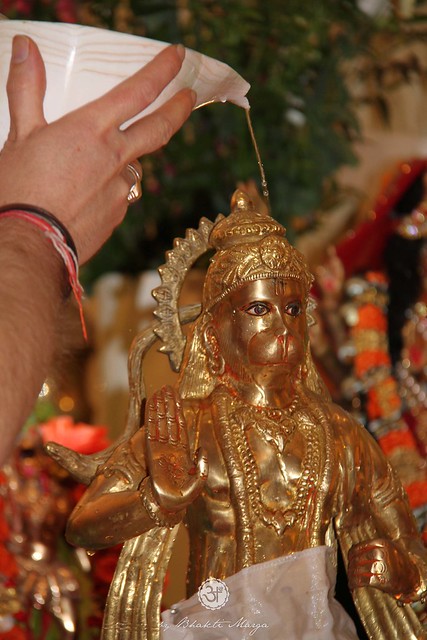 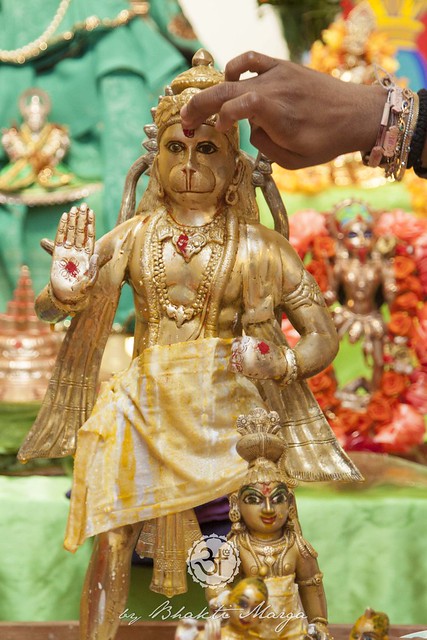 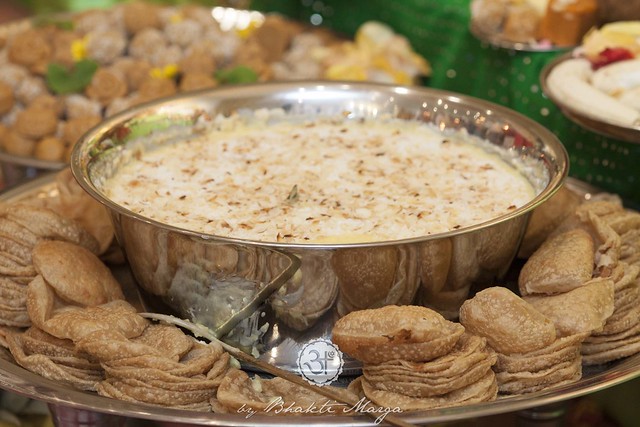 13. Lord Hanuman is known to be a God who gets pleased very soon. According to shastras, Lord Hanuman is said to be immortal due to the blessing of Goddess Sita. It is believed that even today, wherever Hanuman Chalisa, Sundarkand, Ramcharit Manas or Ramayan is being read, Lord Hanuman always appear there. 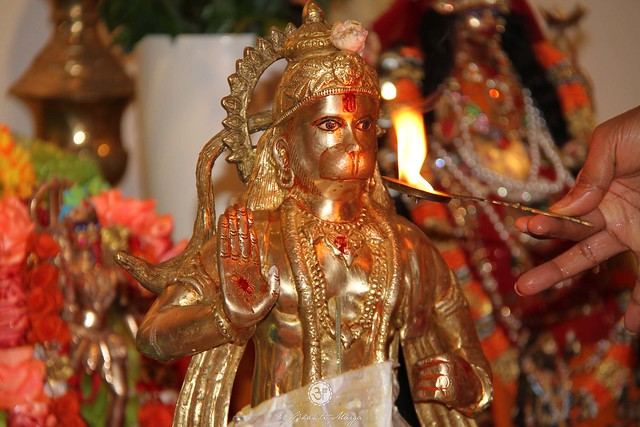 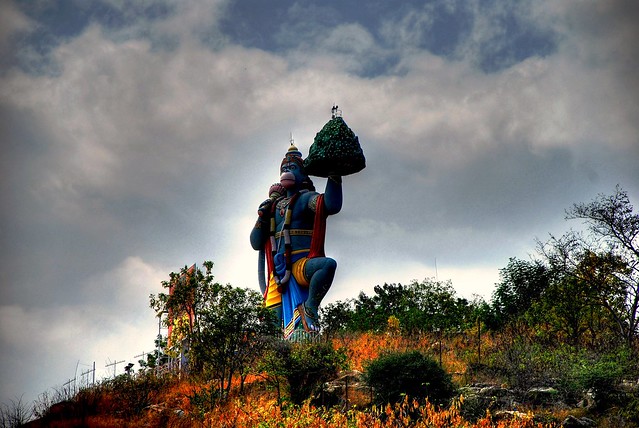