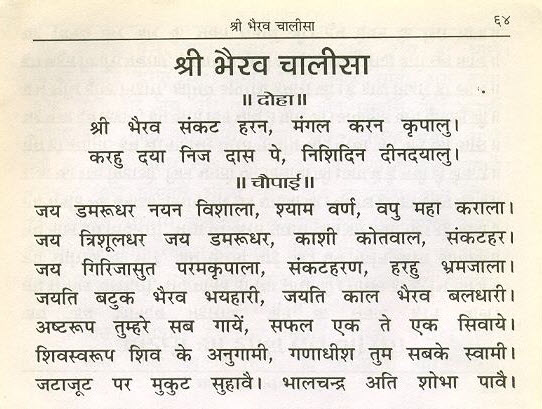 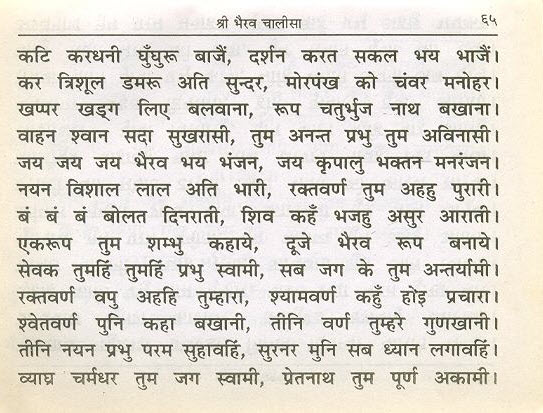 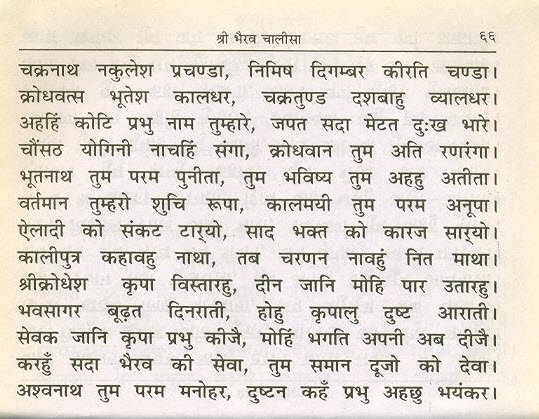 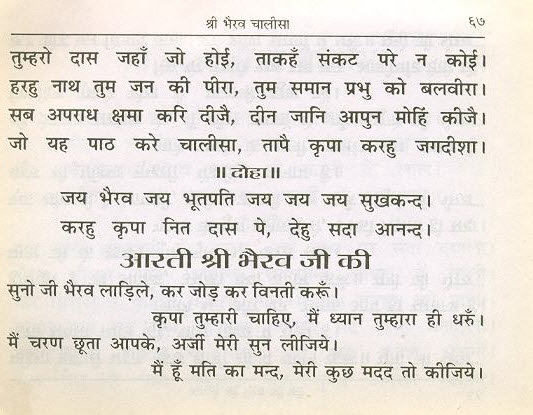 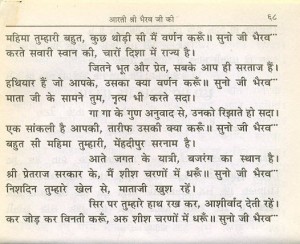 Lord Bhairav is an fierce incarnation of Lord Shiva.The Bal Rup(cradle)of Lord Kala Bhairava is known as Batuk Bhairav. Vigyan Bhairav or Bhairav Tantra text defines Bhairav as Bhaya sarvan ravayati sarvado -vyapako khileIti bhairavo shbdasya santatocharacchivah. The origin of Bhairava can be traced to the conversation between Lord Brahma and Lord Vishnu recounted in “Shiv Maha-Puran” where Lord Vishnu asks Lord Brahma who is the supreme creator of the Universe. Arrogantly, Brahma tells Vishnu to worship him because he (Brahma) is the supreme creator. This angered Shiva who then incarnated in the form of Bhairava to punish Brahma.

Bhairava beheaded one of Brahma’s five heads and since then Brahma has only four heads. When depicted as Kala Bhairava, Bhairava is shown carrying the decapitated head of Brahma. Cutting off Brahma’s fifth head made him guilty of the crime of killing, and as a result, he was forced to carry around the head for years and roam as Bhikshatana, a mendicant, until he had been absolved of the sin.

In the form of the frightful Bhairava, Shiva is said to be guarding each of these Shaktipeeths. Each Shaktipeeth temple is accompanied by a temple dedicated to Bhairava.

His temples or shrines are present within or near most Jyotirlinga temples, the sacred twelve shrines dedicated to Shiva across India, including Kashi Vishwanath Temple, Varanasi and the Mahakaleshwar Temple at Ujjain, where at the Kal Bhairav Temple, he is worshipped by the Kapalika and Aghori sects of Shaivism, here one can also find the Patal Bhairav and Vikrant Bahirav shrines.

Kaal Bhairava temples can also be found around Shakti Peethas, as it is said Shiva allocated the job of guarding each of 52 Shakti Peethas to one Bhairava. As such it is said there are 52 forms of Bhairava, which are in fact considered as manifestation of Shiva himself.

Traditionally Kal Bhairav is the Grama devata in the rural villages of [Karnataka], Maharashtra and Tamil Nadu, where he is referred to as “Bhaivara/Annadhani”Vairavar.In Karnataka, Lord Bhairava is the supreme god for vokkaliga community commonly referred as “Gowdas”, especially for Gangadikaar Gowda caste he is considered as the care taker and puni

The eight forms of Bhairavs were created who were positioned at various places in Kashi. These Bhairavs protect the devotees from all sorts of evils and give the devotees happiness and prosperity in their lives.

Kapal Bhairav (Laat Bhairav) is located at A.1/123, Alaipur. This falls almost on the outskirts of Varanasi towards the North Eastern side. Devotees can travel in a rickshaw/auto to reach this place. From Ashapur Chowmani, the road to the left goes to Sarnath. Devotees should take the road to the right and travel about 2 kms. to reach Laat Bhairav.

The place of worship is open throughout the day. Devotees can worship this deity as per their convenience.

Chand Bhairav is located in the temple premises of Durga Devi at B.27/2, Durga Kund. This is a famous locality and devotees can reach this place by rickshaw or auto or car.

Ruru Bhairav, also called as Anand Bhairav by locals, is located at B.4/16, Hanuman Ghat, Varanasi. Devotees can travel upto this place in a rickshaw. Hanuman Ghat is near Harishchandra Ghat, one of the cremation grounds and is a famous place. Devotees will have to get down at Hanuman Ghat main Road and walk towards the Hanuman Temple which is located near Ruru Bhairav.

I salute the leader of ghosts and Ghouls, Lord Bhairava, Who wears the red flame as his matted hair, Who wears the moon, who shines in red colour, Who holds a drum, spear, skull, rope and mace in his hands, Who is nude, who rides on a dog, who has three eyes, Who is always happy and exuberant and is the guard of the temple.

I pray the dark Bhairava who fulfills all desires, Who is forever, who has three eyes, who blesses and is peaceful, Who wears a skull garland, who is white, who is the Lord of mercy, Who shines in his ear globes, who holds mace and the skull, Who is young and nude, who holds arrow, vessel, conch, bead chain and ear globes, Who wears snake as sacred thread, who is well ornamented, Who is with Goddess Brahmani, rides on a swan and is good to look at.

I salute the angry Bhairava, who is blue and a great God, Who has three eyes, blesses, peaceful, young and nude, Who is armed with mace, conch, wheel, rope and a vessel, Who is near Goddess Lakshmi riding on Garuda the eagle.

I salute that Frantic Bhairava who is power called Varahi, Who has three eyes, blesses, peaceful, young and nude, Who is of golden colour, great God and rides on a swan, And who holds sword, skull, Pestle and also the shield.

I salute the Bhairava with the deer, who is like pure crystal and a destroyer, Who has three eyes, blesses, peaceful, young and nude, Who holds a hatchet, deer, drinking goblet and a sword in his hands, Who has the armed Maheswari by his side and who is smiling and rides on a bull.

I salute the Bhairava of the skull, who has a shining body, Who has three eyes, blesses, peaceful, young and nude, Who holds rope, Vajrayudha, Sword and Drinking Goblet, Who has with him Indrani Shakthi, is being well praised and rides on an elephant.

I salute the Chanda Bhairava who is pure white in colour, Who has three eyes, blesses, peaceful, young and nude, Who holds rope, Vajrayudha, Sword and Drinking Goblet, Who has with him Kaumari Shakthi and rides on a peacock.

I salute the Terriffic Bhairava who is a great God of blood red colour, Who has three eyes, blesses, peaceful, young and nude, Who holds sword, trident, skull and pestle in his hand, Who has with him Chamunda Shakthi and rides on a corpse.

I meditate on Bhairava the destroyer, who is with Chandika Shakthi, Who has ten hands, three eyes and snake as sacred thread, Who has protruding teeth, fearful look and grants eight type of wealth, Who is nude, a youth and rides on a lion, Who holds trident, drum, conch, mace and wheel in his hands, Who holds sword, vessel, Gadwangam, rope and goad. And who has fearful looks, wears skull garland and greatly exuberant.