There were no glass ceilings I couldn’t break
Ace-shooter and Arjuna Award winner Rajyashree Kumari Bikaner, daughter of erstwhile Maharaja Karni Singh, has lived life on her own terms 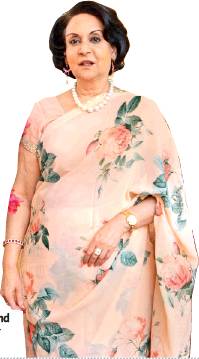 My father gave his daughters and sons equal upbringing. I played men’s sports, and was into hunting (it wasn’t banned in India at that time) and shooting. There were no glass ceilings I couldn’t break. Life of a princess gave us no handicaps; we were taught humility amidst grandeur.

I won the Arjuna Award in 1969. My aunt, the Rajmata of Kota, was an ace shooter. My father had competed at the Olympics in Rome, Tokyo, Mexico, Munich and Moscow. He’d train me for hours. I began training when I was just 7 and I won the award when I was 17. I also gave up the sport at 19. I got tired. I quit, that was my biggest regret.

I quit too early. Shooting had made me mentally alert as a human being. I lived a free life, made my own choices. I was pitted against grownup men while playing. It toughened me. I knew in life, as in sport, you only help yourself.

I picked up smoking at college… the days of Flower Power and hippies. I managed to keep it a secret at home and used to smoke in the bathroom. When my father came to know, he walked into my room with two packet of cigarettes and said, “If you must smoke, do it openly. They are your lungs, if you want to ruin them it’s up to you.” I smoked the two packets he got me, and then gave up smoking some years later.

My other big regret is that I never finished my graduation as I got engaged and had to leave for London. I was engaged to MJ Gohel, who was extremely well-spoken and impressive. The Gohel clan were Chandravanshi rajputs. I got married and moved to London. My marriage ended years later, and I moved back to India. I was the first woman in my family to walk out of a marriage and get an official divorce. It shocked everyone but I made a decision to live my life on my terms. My kids (Sajjan Singh and Anupama Kumari) and I are proud of our lineage. Today, divorce is common and acceptable. Nobody wants to live unhappy lives. Life keeps changing. We simply drifted apart, and as most middle-aged couples often realise… apart from our children we had very little in common.

I think I was destined to document my family’s history (she recently wrote her memoir titled Palace of Clouds). I was barely 15, when my dad would ship me off to the royal library to look into old letters and records as he suffered from dust allergy. I taped interviews with trusted househelps who had served my grandfather, and that worked because I was looking for the men behind the legends. It was a slow-burning process – researching, recording, writing and fact-checking. And very fascinating.

The biggest change in Rajput families I see is that people are happy with daughters, and they are now treated equal to sons. There is no longer a craving to have a son to continue the family name and legacy.